CD27, a costimulatory molecule, is expressed constitutively on a majority of mature T cells and memory B cells. It also appears on a small percentage of NK cells. CD27 and its ligand CD70 play an important role in memory and effector capacity in T cells, clonal cell expansion and germinal centre formation, and in NK cell cell cytolytic activities. 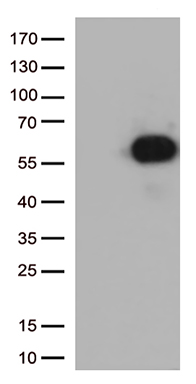 CD27, a 50kDa member of the tumor necrosis factors (TNFs) receptor superfamily that also includes CD40 or CD30, is a 50kDa member. TNF superfamily members have been known to regulate cell proliferation and death. Contrary to other TNFR/TNF members, CD27 and its ligand CD70 are mainly expressed in lymphocytes.

The proper ligation and expression of antigen receptors is required for high levels of CD27 expression. Additional co-stimulatory or pro-inflammatory signals are required for CD70 expression. CD27 is expressed in a disulfide linked homodimer on mature and peripheral blood T cells, as well as subpopulation B cells.